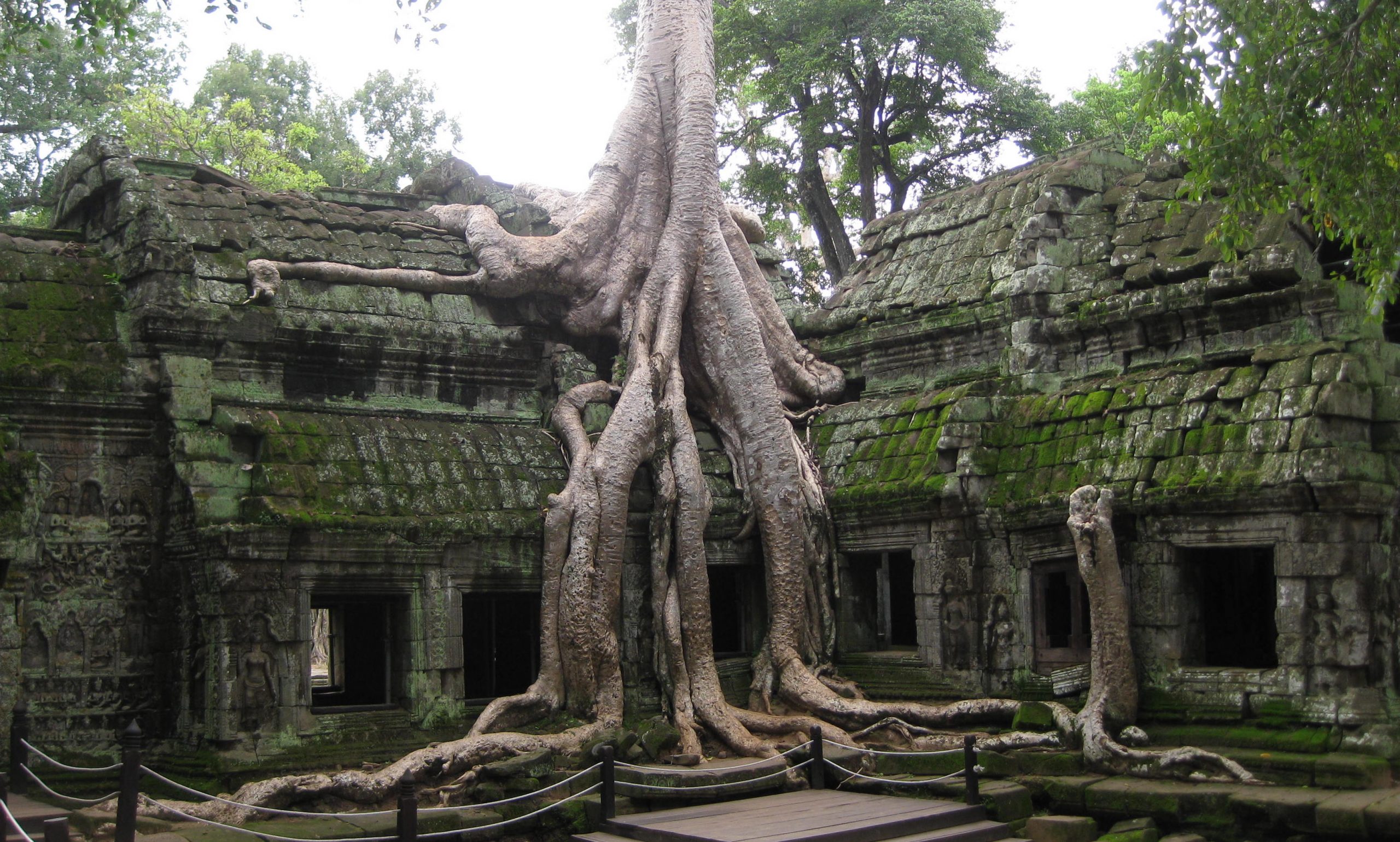 The Root system is an essential part of the plant. It serves many purposes like anchoring the plant in the soil, helps in getting it the water and nutrients it needs and sometimes, storing the excess of food that the leaves produce which would be used in times of scarcity. Apart from that, the hidden system does a lot more work by modifying itself in various specialized forms in different plants according to their needs! Roots have evolved differently in different plants based on the place they grow and based on the needs of the plants. I’m narrating some of the modifications of roots known to science so far… There may be additions to this list in the future as new discoveries are made! This is just the basics to understand how roots get modified in various plants to serve their purposes… Let’s jump in!

Conical roots are modified into roughly cone-shaped structures. They are broad at the top and go on tapering at the other end. The broad end is attached to the plant and the free end is tapering to end in a sharp point. This type of root is a modification for food storage. A Carrot is a great example of a conical root.

Fusiform roots are a bit swollen in the middle when compared to both the ends. Imagine a Radish for this type of root. This root is also a modification to store reserve food.

Napiform roots are extremely swollen at the anterior end and suddenly tapering to a pointy end at the posterior end. Beetroots and Turnips are a great example of a napiform root. This is also a modification for reserve food storage in the form of sugars and starch.

In some plants like Turmeric, Mango ginger, and Arrowroot, some roots get swollen to store extra energy although they have rhizomes which store reserve food. There are two types of underground parts in turmeric, for example. It has underground rhizomes which are flat and finger-like. The ones that are swollen and spherical are the tubers. They occur at the tips of the adventitious roots.

Moniliform roots are the ones that look as if beads on a string. They have nodules like thickening at regular intervals. Grasses, Momordica have moniliform roots.

In Ipecac, the roots look like they are made up of concentric rings. It appears as if the rings were placed one on another consequently which gives it a strange appearance.

In some orchids like Habenaria and Orchis, being terrestrial orchids, the fibrous roots are modified into tubers.

Ficus benghalensis (Banyan tree) is the best example of prop roots. Being a huge tree, Banyan has evolved a great way to support its weight. It has developed strong roots that emerge from under its branches, grow downwards into the soil and strengthen its enormous branches. In this way, the tree is able to grow into one of the massive ones in the World. The World’s largest Banyan tree is in Acharya Jagadish Chandra Bose Botanical Garden in Howrah, West Bengal, India. It has spread to an area of a whopping 3.5 acres!

Some plants have also developed some roots from the base, just above the soil and anchor the plant or tree to the soil. This is seen in some Monocots like Maize, Sugarcane and Myrisistica swamps (a very fragile forest type in the Western Ghats, India) which are dominated by the trees of the Myristicaceae family.

Some climbers do not use tendrils or twine around their support as normally climbers do. This peculiar behavior is observed in the climbers of the families Araceae and Piperaceae. Pothos and Piper climbers have climbing roots at nodes that hold to the surface firmly helping the climbers to climb up huge trees in the rainforests.

Some climbers like Ficus pumila (wall creeper) and Hedera helix (English Ivy) have special types of roots developing from their nodes which hold tightly to their support like painted walls, stone walls, and tree barks and help the climber conquer impossible spaces!

Some trees like the Bombax ceiba have developed special root system where the base of the trees become like a fortress by increasing in their area which can make the tree stand firmly and. balance its own weight so that it stands firm in the soft, moist rainforest soil.

Trees that grow in a marshy and salty environment, the floor is often flooded with high tides have found some ingenious ways to help their roots get nitrogen. In soil often flooded with saltwater, it is impossible to get all the nitrogen required as there is no air in the soil. So the trees like Rhizophora have developed erect roots that grow upright from the underground roots having pores called “pneumatophores” which enable gas exchange.

Epiphytes like orchids have aerial roots as these plants grow on other trees and do not need any soil to grow. These epiphytic aerial roots contain absorbent tissue called “velamen” which helps the plant to absorb water and nutrients from the surrounding atmosphere.

These roots also hold the plant to its substrate like the Dendrobium on the right holds tightly to the tree it grows on. The roots serve two purposes here – holding the plant in place and getting it nutrients required.

In some root parasites like the Sandal Tree (Santalum album), the plant develops special structures called haustoria which attach to the roots of its host plants and rob nutrients from it!

In climbers like Tinospora cordifolia, special roots called assimilatory roots are produced from the nodes which usually hang down from the plant like the prop roots of a banyan tree. These climbers usually climb onto a nearby tree and in some cases, the roots hanging down from the tree, from a distance, might confuse us for a banyan tree! Research suggests that these roots might be useful in CO2 assimilation in these plants.

Temperate trees like Pinus especially has an interesting partnership with its fungal friends in the forest. They form an extensive network under the ground with fungal hyphae and use it to transfer food and nutrients from one tree to another. It was also found that these networks keep old stumps alive and also provide nutrients to the seedlings shaded by the mother trees.

In Cycas, special roots called coralloid roots (These roots look like the sea corals. Hence the name ‘coral’loid) develops. These are apogeotropic i.e., coralloid roots grow towards the surface of the soil. They have a layer of cyanobacteria (blue-green algae) that fix nitrogen.

Some roots like Sweet potato and Dahlia can grow new plants. Hence they are called reproductive roots. They are used as excellent means for vegetative propagation of such plants.

Plants like Canna, Crocus, Allium, Lilium, Haworthia have special roots called contractile roots which have the capability to contract and expand. In Haworthia, for example, the contractile roots help to pull the plant a bit under the soil surface during times of drought helping the plant to survive difficult times with less water loss.

In some trees like Crysophila, the roots on the trunk get modified into sharp thorns which act as great protective agents!

Plants never cease to amaze us when it comes to adapting to the environment. They always find a solution when they face a problem and that solution is ingenious. This blog post is just a starter of how plants modify their one organ the ROOTS to suit their needs and to the changes in their environment. There is much more. Learn from plants to solve your problems that make you unique like every single plant out there! Love plants and stay curious!