Cyathea nilgirensis is a kind of tree fern that is endemic to south India. This should not be confused with Cyathea australis which is also a tree fern native to Australia. These tree ferns are found in shady places of the forests and along the sides of the streams. Generally, these love to grow alongside water because it is the primary mode of reproduction for ferns!

The range of Cyathea nilgirensis is only in the Indian states of Kerala, Karnataka, Tamilnadu, and Southern Andhra Pradesh. It is generally found on high altitudes from 600 meters to 2500 meters. They are mostly found along streams in the forests under the shade of other trees. Their range map as on IUCN website is below

Their primary habitat is in the Western Ghats, in the Tirunelveli hills and the Palani hills. They can be found along the ghat road in the Upper Palnis and on many of the surrounding Sholas. A fairly common species here but found rarely on the Kerala ghats and Andhra Pradesh. They are also occasionally found in the Anamalai hills.

These can grow up to 8 meters in height with a scaly dark brown or almost black trunk. The scales are pointed and very sharp. They cover and protect the young fronds. The trunk is woody and can be found with scars from fallen fronds.

The leaves are bi-pinnate and fern-like. The leaves form a crown of fronds at the top of the main woody stem like a Palm tree. The leaves have a stout base, may reach up to 200 centimeters in length and the rachis is covered densely in brownish hairs. Leaf margins are crenate, membranous and the nerves forked.

The spores are found on the lower surface of the leaves. Sori situated on the vein forks of the lower half of the segments, exindusiate (indusium membranaceous), paraphyses intermingled with sporangia, spores trilete.

These ferns too like other ferns depend on spores as their primary mode of reproduction. This is why they are found near the streams in the forests. Without water, the sperms from antheridia cannot reach the egg cells in the archegonia. Learn more about the reproduction of ferns here.

Cyathea nilgirensis is regarded as “Least Concern” in the IUCN red list. However, these species are facing a decline in population due to habitat loss. The streams that flow in the hills of Western Ghats are being diverted for cultivation and this results in water deprivation for several downstream species. Due to this loss of water, the tree ferns are unable to withstand the following summers and their survival is at stake. Overgrazing of ground vegetation by domestic cattle from adjoining villages also suppresses the regeneration of the tree ferns.

These plant species do not attract too much attention from the conservationists who concentrate mainly on the angiosperms in the Shola forests. They are also a part of our Sholas and should be saved as they are found nowhere else in the World! 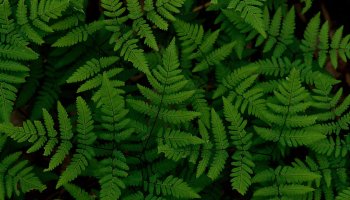