Ferns are just wonderful plants that we see in our daily lives. They live a secret reproductive life that is not visible to us unless we have a keen observation. This is because, they do not produce bright flowers or attractive fruits as the angiosperms do. They just produce spores under their leaves and use them to reproduce. Lets get deep into the life cycle of ferns now.

The life cycle of ferns has two forms. The beautiful plant body that we see is called the “Sporophyte” which means Spore bearing plant and is the dominant part of the cycle. There is another form called as the “Gametophyte” or the plant body bearing gametes which is very less-lived when compared to the sporophyte.

Sorii are arrays of dots present in the under side of the fern leaves. These sorii contain groups of spores. These spores may be protected by a cover of cells like you can see in the image which has umbrella shaped indusium. The Indusium may be cup-shaped in some ferns and absent in some. 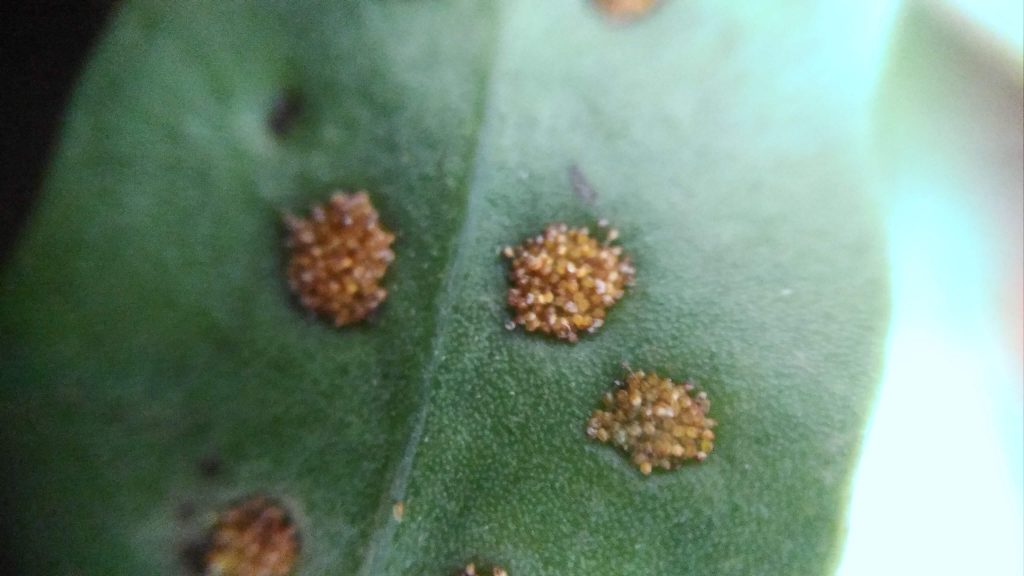 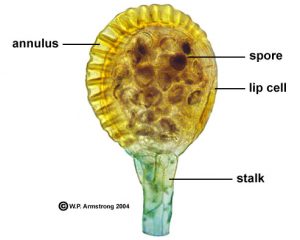 The fern sporangia are connected to the base of the leaves by means of a stalk and they are like a capsule with haploid spores inside them. The spores multiply and increase in number inside the sporangia by meiosis. The sporangia contains two types of cells on its lateral sides. They are lip cells and annulus. The lip cells are found on one side and they are delicate and thin walled cells. The annulus is a ring of cells that connects the stalk on one side with the lip cells on the other side. As they mature, these cells get bulged and are prominently visible. These cells are thick walled and rigid. The annulus and lip cells are responsible for the dispersal of spores.

As the spores are fully mature, the annulus begins to dry due to evaporation of water from its cells. This causes the annulus to pull backwards which in turn pulls the lip cells beyond their stress point. As a result, the lip cells are torn apart making way for the spores to disperse. When all the water gets evaporated from the annulus, it can no longer hold the pull as there is no water to hold it back. The annulus then springs back to its original position. This action throws the spores away from the mother plant.

The spores landed on the moist soil will start germinating readily. The rhizome emerges first and it attaches to the soil firmly. Then, the seed grows into a heart shaped gametophyte or prothallus. The prothallus retains a notch of growing cells in its anterior position called a “notch meristem”. The posterior end produces several rhizoids that fix the plant firmly in the soil and absorbs water and nutrients for the plant. The male sex organs or antheridia are formed at the posterior end of the plant body and the female sex organs or  archegonia are produces at the anterior end of the plant. In some plants, the archegonia are formed first.

The archegonia or the female cells are formed at the anterior end of the gametophyte (near the notch). The archegonia are flask shaped structures. These are made up of a vertical canal cell or the neck cell and a swollen botton called the venter. The venter contains the haploid egg cell.

This wonderful process takes place when the gametophyte is flooded with water. The entire reproduction process happens during the rainy season when there will be abundant water available for the gametophytes. As the rain water floods the plant, it gets stimulated to release the sperms and the sperms with flagellae swim across the water. The flooding stimulates archegonia to produce a substance that will attract the sperms towards it. As a sperm swims into the reach of the archegonia’s attractive secretion, it swims straight into the canal cell reaching the egg cell. The haploid nuclei of the

sperms and eggs fuse together to form a diploid zygote.

The zygote then begins to divide by mitosis. It first produces the rhizome which initially acts as a root and fixes the young plant into the soil. Later, this forms the underground structure called the rhizome of the sporophyte and gives rise to several fronds.

You could watch this wonderful YouTube video which describes the life cycle of ferns with very good animation! 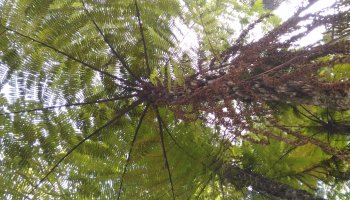